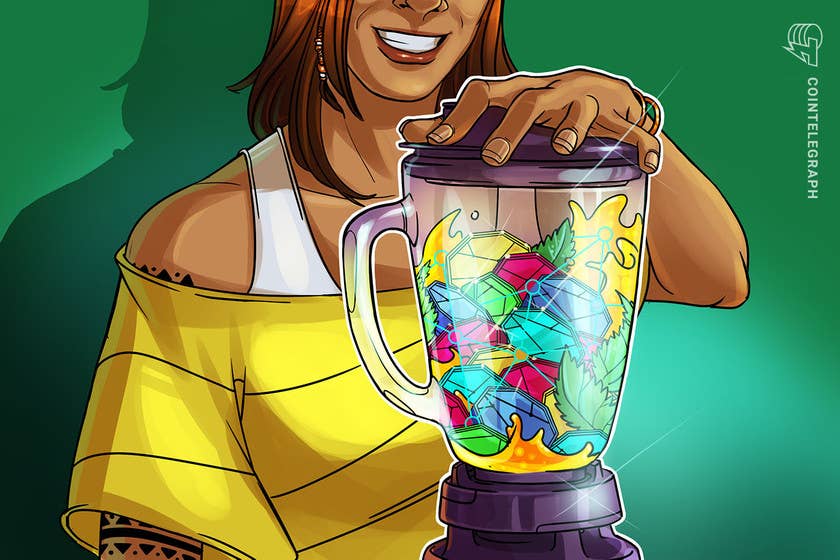 Decentralized technologies are beginning to revolutionize the world of finance, with cryptocurrencies being applied in various ways to recreate traditional financial instruments. However, since cryptocurrencies are not backed by anything but people trust them, they are very volatile. This means that when it comes to the value of cryptocurrency lending, no party can be sure of getting a fair deal.

There has to be a way to secure the value of the lent assets, which can be done by backing them up with real-world value. This is where real asset coding comes in. This process is very straightforward when we think of tangible assets like buildings or gold bars, but what about intangible assets like intellectual property?

The rise of the creative economy has resulted in intangible assets accounting for more than 90% of the S&P 500’s market capitalization, a number that is only set to grow. There has to be a way to unleash more creativity to realize the potential of human capital.

Finding a head start in the creative economy is a huge challenge, especially for newcomers. As many entrepreneurs in this sector are discovering, sometimes it is much easier to let go of a good idea than to start a business out of it.

Creativity, by definition, disrupts what came before; It is about new ideas, new technologies, new products, new services, and new ways of doing things. Largely driven by the digital revolution, many creative industries are not just innovative in what they do but in how they do it.

Fundraising can be difficult for several reasons. On the one hand, banks and investors tend to be conservative. They love certainty and are unlikely to be swayed by a zealous entrepreneur convinced that an entirely new, untried idea—whether it be a design, software tool, fashion concept, or video game—will be commercially successful. Moreover, banks want collateral for their loans, but many creative companies do not have the capital assets to offer.

A stumbling block in the state of play

Investors specializing in the creative industries may already recognize the entrepreneur’s genius. But in return for their investment, they often want some ownership of the idea and, therefore, some control over its development and commercialization. This may not seem acceptable to a creative entrepreneur who prefers debt financing in the form of a loan rather than equity financing in the form of sharing ownership and control of the business with the investor.

Alex Schukur, founder of DEIP — a company that builds a protocol for the creative economy — explained to me, “For creators to be able to tokenize their businesses and their collateral to get funding, there needs to be a suite of smart contracts, which can register assets on-chain, issue NFTs, value assets and manage Both guarantees and liquidation in the event of default.”

The loan framework for the creative economy

Imagine a game developer (let’s call him Jane) starting work on a side project. After a while and some positive encouragement from friends and family, Jane decided to take the leap to turn her side project into a full-time job. But after a few months, and with slower progression than initially expected, Jane’s money began to dwindle. They start thinking about full-time roles again. This situation is common for budding creators out there.

However, with a decentralized platform for intellectual assets, Jane’s progress in her work can be evaluated through a decentralized evaluation system that brings together people’s expertise in the field to give the incomplete creation an evaluation guided by the intrinsic value of the idea. This inherent value is used as an input to the escrow account, the amount of the loan for which it can be issued. Jane can use the loan offered to them for anything they like; In this case, to support themselves while completing game development.

Moreover, with or without collateral, a small loan can be issued to newcomers. If Jane doesn’t have any project, ready or partial build, they still have an opportunity for seed funding as a newcomer to the platform. The loan amount will be smaller because it is not secured, and the loan itself is backed by the Decentralized Autonomous Sector (DAO) and budgets originating from its Ecosystem Fund. The sources for this fund come from transaction fees and bandwidth allocation payments to the underlying blockchain.

If the loans are repaid on time, Jane’s personal credit rating will be upgraded. In this case, if Jane wanted to apply for another loan, the collateral factor would be lower, which would enable her to borrow more.

If Jane defaults on her loan, the platform will assume any collateralized assets and can sell them for a refund through smart liquidation contracts. If Jane does not guarantee anything, the risk of default is realized by the platform and covered by the DAO.

As long as the originator’s credit history is strong and positively confirmed with each new loan, the next tranche can be issued with frequently improved terms and conditions. Credit history becomes an integral and immutable part of the reputation profile of the creator. As Chakour noted:

“The primary purpose of Web 3.0 is to enable a decentralized creative economy and all the technologies for that already exist.”

He continued, “We only need to promote the adoption of these technologies in real industries, in creative industries, for assets produced by creators. This will not only increase liquidity in the assets of the creative economy, but also open the flow of capital for creators.”

The opinions, ideas and opinions expressed herein are those of the author alone and do not necessarily reflect or represent the views and opinions of Cointelegraph.

Alexandra Lausanne He is a Ph.D. Student researching the relationship between new technologies and art at Ca’ Foscari University in Venice. For nearly a decade Alexandra has been organizing tech conferences and other events in Europe dedicated to blockchain technology and artificial intelligence. She is equally interested in the relationship between blockchain technology and art.