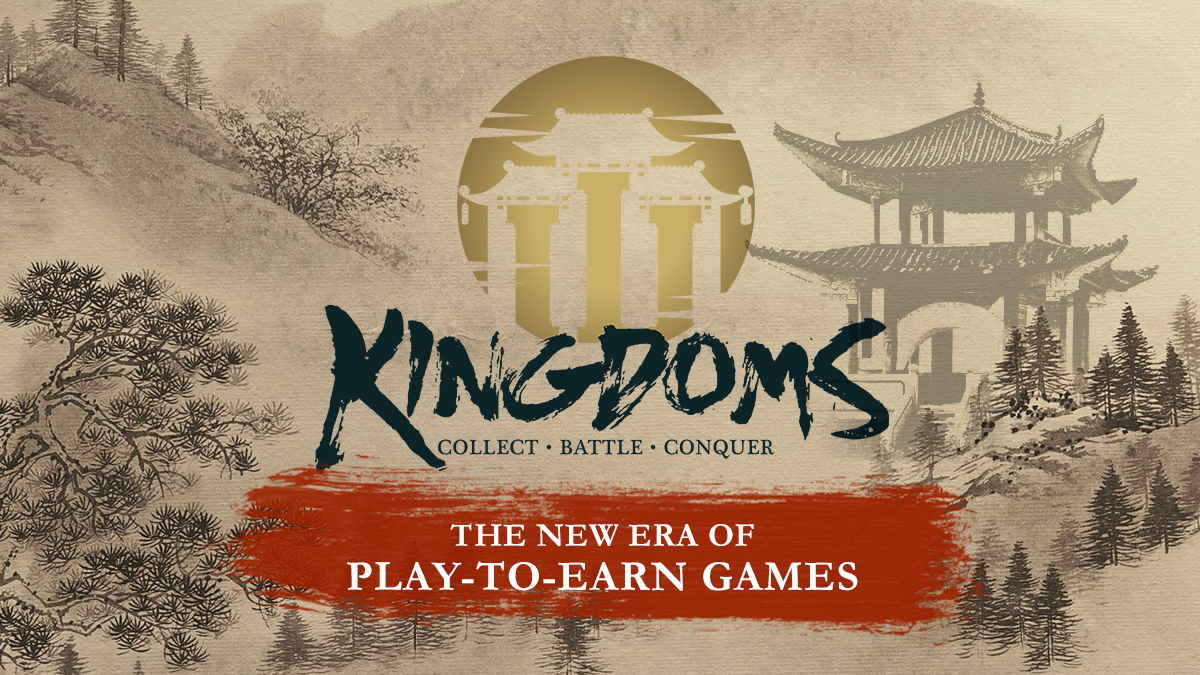 CryptoKitties were the first to bring blockchain games to life, and games like Axie Infinity defined how good a blockchain should be. The Three Kingdoms aims to build on this with game play to win the next generation.

The Three Kingdoms is a highly strategic third generation NFT game based on the historical characters of the Three Kingdoms period in ancient China. Historic characters enable users to have fun playing the game while getting rewards for their achievements.

The next generation of GameFi

What does the new age of play-to-earn games mean? The TTK team believes that the current generation of NFT games has limited ways for players to earn. In addition, they suffer from old cartoon graphics and few gameplay features.

The Three Kingdoms team has set out to build a blockchain game that features multiple ways never before seen in the GameFi marketplace to earn tokens. In addition, they create an original gaming experience that compares more to the AAA games that players are accustomed to playing.

To achieve this, The Three Kingdoms will offer high-quality graphics, a premium game where users can collect NFT characters, complete missions, and join siege games to earn NFTs.

Moreover, The Three Kingdoms will be the first game that integrates the idea of ​​combat, city siege, and a deep and engaging story that provides a breath of fresh air to the GameFi scene.

In the game, users can also host, participate in and monetize events. Build your base, expand your areas, upgrade your character’s attributes, win battles, and win PVE and PVP battles.

History of the Three Kingdoms

The seat of the Three Kingdoms is located in 220 AD, the last years of the Eastern Han Dynasty. The Yellow Turban Rebellion broke out, as cities and regions formed their alliance to survive. Warlord Dong Zhou seized the capital under the pretext of protecting the young emperor. Cao Cao, who gradually took control of areas in the north, saved the emperor and led the central government. However, the already formed clans are eager for a chance to rule China.

The country erupted into a civil war, and China was soon divided into three spheres of influence: Cao Cao, which dominates in the north, Sun Quan, in the south, and Liu Bei, in the west. The three fought for sixty years to conquer China, and this is where the player’s story begins.

The Land of the Three Kingdoms is modeled after the historical map of China into Wei, Shu, and Wu regions. The land will be divided into unique squares. For an added benefit, these lands are where you can host, participate in, and monetize events. Conquer and own your own base of operations where you can fight and expand your territory.

What is after the Three Kingdoms?

The Three Kingdoms team has enlisted gamers and NFT fans who want to revolutionize the crypto landscape and become part of something bigger.

The Three Kingdoms is progressing well, with plans to begin passive play in the fourth quarter of 2021. Referred to as Phase 0, users will be able to earn NFT by recruiting heroes across the suburbs. The team also plans to include additional gameplay features such as the ability to besiege empty cities (NFTs) and conquer cities (earn APY, in-game currency, and NFTs) in 2022 (Phase 1).

The second stage will feature PvP, where users can attack and defend cities, and attacker and defender alike NFTs, where the winner earns APY attributes, currency, and NFTs+.

Finally, Phase 3 will be introducing active gameplay across the Arena and Tournaments. Players will be able to participate in their NFTs against other players in a winner take all battle.

About the Three Kingdoms

Collect your favorite Three Kingdoms characters and fight for a piece of land that only you can own!

The Three Kingdoms is a third generation NFT game that adopts the story of the Three Kingdoms. Get ready to immerse yourself in a gaming experience rich in history, advanced characters, sophisticated gameplay, and more. Prepare your heroes to battle and siege cities and win battles to expand your land.

Be your hero in the land of the Three Kingdoms!

This is a sponsored post. Find out how to reach our audience here. Read the disclaimer below.