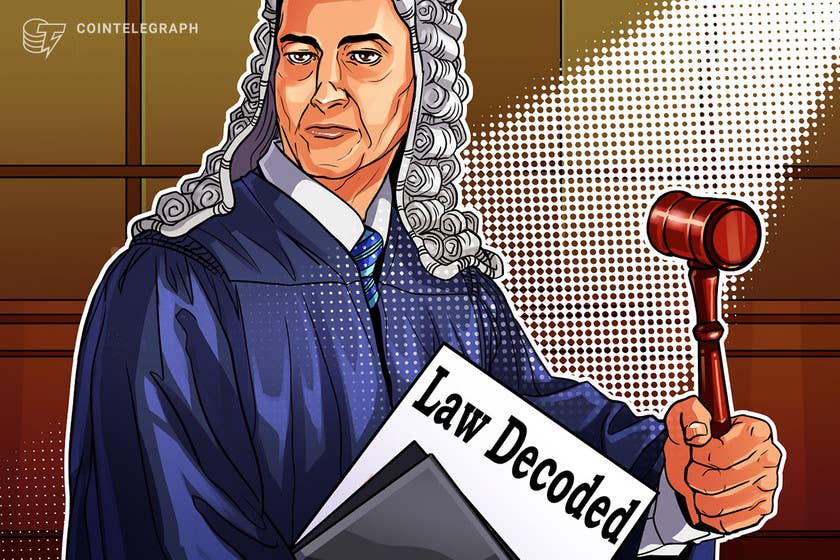 This week, lawmakers and regulators in the United States stole a lot of the spotlight again. The Cryptocurrency Provisions in the Infrastructure Bill, a small grain of sand in the grand scheme of the sweeping legislation, were all laser eyes glued to the fateful vote of the House of Representatives – which never happened. However, there is a feeling that the bill will become law sooner rather than later.

We also learned from Federal Reserve Chairman Jerome Powell in his congressional testimony that the Fed sees no benefit in a blanket China-style ban on cryptocurrencies, and is looking to stricter regulation of stablecoins instead. The latest narrative has been up in the air for quite some time, and now it appears that President Joe Biden and his administration have made up their minds on how to proceed with the rein in stablecoins.

Below is an abridged version of this newsletter. For full details of policy developments over the past week, sign up for the full newsletter below.

The policy regarding the Investment and Jobs in Infrastructure Act of 2021 is delaying the vote on this massive package of spending measures and closing the tax gap, and provisions regarding cryptocurrencies belonging to the latter category.

Progressives refuse to support the legislation unless moderates pledge sufficient funding for social programs in the concurrent budget settlement bill, but President Biden is sure he will put maximum pressure on the initiative back home. Otherwise, he risks ending his inauguration year without an adequate record of legislative victories.

The vote can be expected any day now, and if Democrats can agree internally, Republicans will have no way to get in the way.

The CFTC’s $1.25 million fine for Kraken for providing margin retail commodity transactions without proper registration has already felt like a jolt. Then, Commissioner Dawn Stump added to that sentiment by issuing a simultaneous statement acknowledging that current CFTC guidelines fall short of providing clarity to companies facilitating the retail commodity trading of digital assets.

Nigeria is still on track to launch its digital currency, eNaira, any day now that the country’s Federal Supreme Court has approved the initiative. Meanwhile, global financial institutions, such as the Bank for International Settlements, are continuing their efforts to articulate the common design and operating principles of digital currencies for the world’s central bank. The BIS report, for example, focuses on interoperability issues between future digital cash systems and their traditional counterparts.