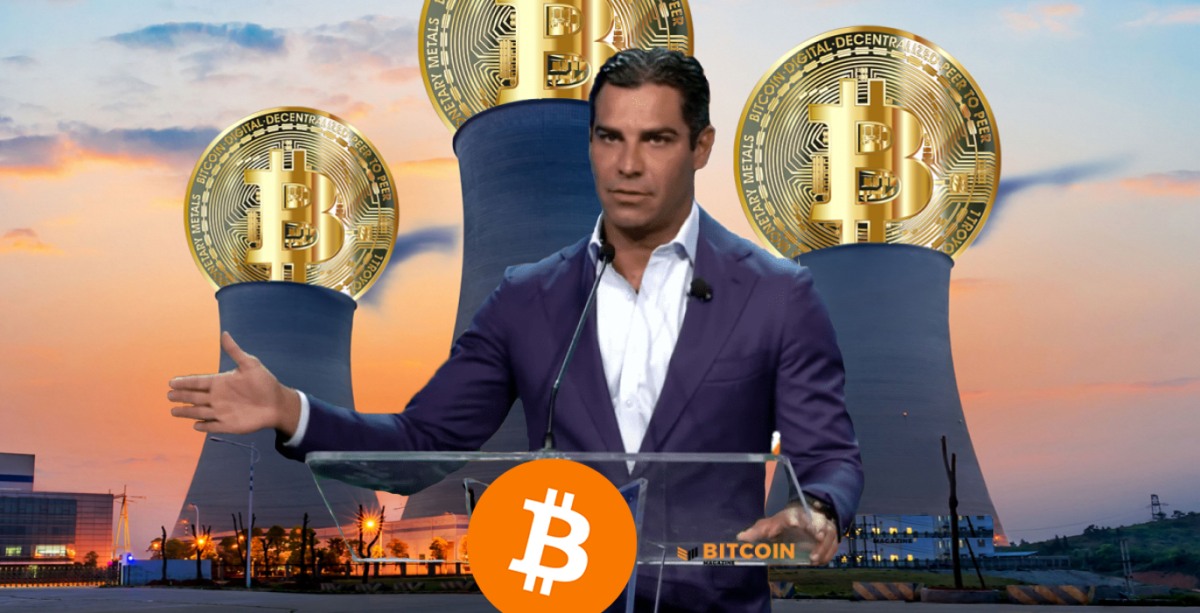 Mayor Suarez told the Wall Street Journal that concerns about Bitcoin’s environmental impact “come from the fact that a lot of mining takes place in coal-producing countries.”

Nuclear power plants are generally located far from populated areas, which lowers the opportunity cost of bitcoin miners, who only need an internet connection to transfer cash power for an insignificant fee.

“The fact that we have nuclear power means it’s very inexpensive power,” Suarez told CNBC in June. “We understand how important this is…miners want to get to a certain price per kilowatt-hour.”

Earlier this month, Mayor of Miami, Francis Suarez, gave a speech at the Bitmain Digital Mining Conference where he strongly advocated the adoption of innovative technology in Miami.

Mayor Suarez used bitcoin to give Miami a nascent Silicon Valley aura. Notably, the mayor made Miami the second government in the world and the first in North America to host the Satoshi White Paper on its government website.

Suarez concluded his speech by challenging the audience to “go out there and elect the next president of the United States to be a professional bitcoin president.”

“We look forward to supporting the innovation and continued growth that these companies are achieving,” said Bill Orloff, spokesperson for Florida Power & Light.