Is digital identity the solution? 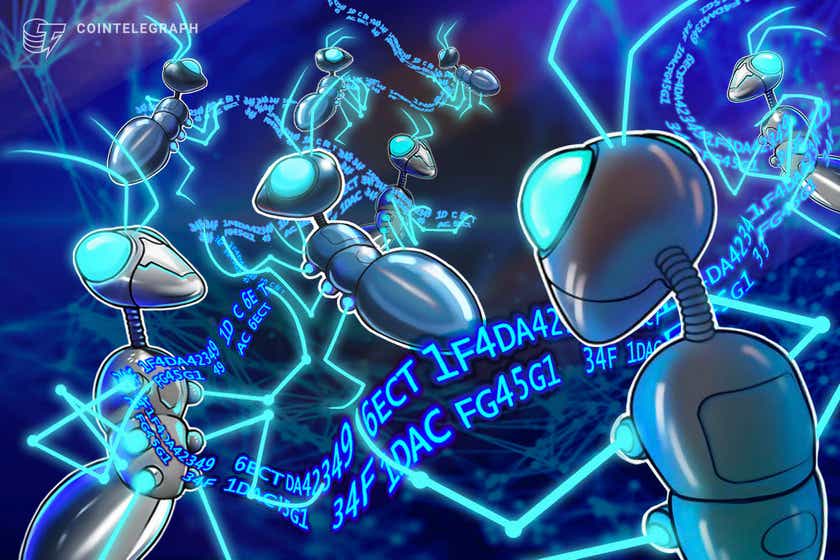 The organizers are getting close to business. It is one thing to separate the functions of the market into its parts – guardianship, pools and Prime Brokerage – to satisfy institutional compliance departments. It’s another way to keep organizers happy.

From the FATF pushing forward its guidance on compliance with travel rules to the still-evolving regulatory framework for European markets under crypto asset regulation, and a somewhat clumsy US infrastructure bill, regulators are slowly tightening the screws, I fear This could be the start of a multi-year championship match – with the decentralized finance (DeFi) market now firmly in their sights as well.

Related: DeFi: Who, What, and How is Regulation in a Borderless and Token-Governed World?

Can a digital identity help?

Whenever I’m asked about the killer Bitcoin (BTC) app over the past 10 years, my response has always been “digital identity”.

Today, the world stands at a crossroads. One turn leads to ever-increasing oversight and an invasion of privacy now that money is finally tracking information on internet bars. At the other end is a path that sees personal data back into the hands of individuals and out of the massive databases of artificial intelligence controlled by a host of companies and governments.

This may be anathema to early Bitcoin holders but reality bites, and throwing the growing debate over COVID-19 digital passports into the mix, we’re seeing the clouds of a perfect storm on the horizon that will likely become the main story for the coming years.

With central banks everywhere dismissing crypto-assets as nothing more than chips at the roulette table in favor of their cryptocurrency rather than completely “innovative” digital currencies, the excitement of realizing that they can now do both monetary policy and control is palpable.

Unfortunately, the cryptocurrency markets have already become a victim of their own success, which prompted all the regulators to take action. And the higher these “market capitalization” numbers (it hit $2 trillion earlier this year), the more itching for regulators. The Chinese have simply taken the hammer approach and banned everything (apart from the recently launched CBDC, of ​​course) while, in the West, regulators are (at best) taking a nuanced approach or fighting each other over their jurisdiction. Under.

Related: Authorities look to fill the gap in non-hosted portfolios

With the majority of cryptocurrency economic activity still flowing through major cryptocurrency exchanges and OTC offices, FATF enforcing travel compliance on Virtual Asset Service Providers (VASPs) may keep the genie in a bottle for the time being while these on/off slopes remain easy to identify. But what happens if, or when, a self-sustaining crypto economy emerges where the majority bypass guesswork and instead, “get in” and stay “in”?

Or if DeFi grows beyond the big, but niche kindergarten?

Having spent the past decade or more forcing anonymous “physical cash” out of the system, requiring the reporting of transactions over a few hundred dollars, can you imagine the hype that Satoshi’s original vision of a “monetary system” should have made Anonymous”?

If you want to know the answer to that, just take a look at what happened when Mark Zuckerberg dared to suggest such an idea with the Diem (formerly known as Libra) stablecoin project that may have ended up in the hands of three billion users overnight – And Diem has (what should be an organizer’s dream) a digital identity baked into the protocol by design from the start!

Sometimes these guys can’t really see the wood for the trees.

There has indeed been endless debate over recent years regarding the exchangeability of Bitcoin (or other cryptocurrencies) given how “polluted” it can become if or when it is attributed to outrageous use. Blockchain transparency has proven to be a useful tool that is not otherwise accessible to law enforcement agencies, while hackers have often found it not easy to turn their money back into “useful” securities as exchanges blacklist the paths of visible wallet addresses.

But surely “money” itself cannot be “clean” or “dirty”, “good” or “bad”? Surely it’s just a stupid object (or database, or “block” entry)? Is it certainly only the identity of the transacting party that can be considered (albeit subjective) good or bad? This does not mean that this is a new remote discussion. You can go back to an 18th century British legal case to find that it has been discussed (and corrected) for a very long time.

Regardless of Zuck’s true intentions towards Diem, fortunately I am not alone in my long-standing opinion about the role that Decentralized Identity (DID) might play in both crypto and non-crypto futures.

Related: Decentralized identity is a way to combat data theft and privacy

Despite all the excitement on crypto Twitter of massive interest in Bitcoin from any known tech brand, the fact that boring old Microsoft has started exploring digital identity as the chosen use case for “blockchain” since 2017 has gained relatively little attention.

Not that others in the crypto industry weren’t equally aware that this would become an important part of the infrastructure. Projects like Civic (2017) and GlobalID (2016) are already a good few years in development and are the subject of sovereign self-identity, where the individual – not a huge central database – retains private control of their identity and decides for themselves who they share with a tech giant rather than on head of the agenda.

With data protection becoming a huge problem for regulators and a challenge for the majority of businesses with an online user base, you’d think these ideas would be embraced by regulators and businesses alike.

And maybe, just maybe, regulators will join our side if the crypto industry proves it can build systems that are more secure and robust. These systems need to meet regulatory requirements to identify transacting parties in a peer-to-peer payment – ​​and in doing so, enable more institutional participants to safely enter crypto markets with compliance staff able to sleep at night.

After all, it is Googles and Facebooks who will lose the most if decentralized digital identity prevails. Without our pimp data, they’re royally screwed.

Related: The data economy is a miserable nightmare

The hum of the opposition is already there Being I heard regarding responses to the current W3C call for a review regarding Decentralized Identifiers (DIDs) v1.0.

Will the turkeys deliberately vote for Christmas or will they eventually have to find a way to live with the inevitable in the same way that the big telecom companies had to do in the 1990s when they were ready for the idea that using VOIP as start-ups like Might Skype get away with enabling free telephony for everyone?

My hunch is that the masses, once armed with the right tools, will eventually prevail but one thing is certain: battle lines have been drawn. So grab your popcorn and sit down. This battle is just beginning and has a few years to go, but when it ends, crypto geeks everywhere may see the global adoption of their dreams.

This article does not contain investment advice or recommendations. Every investment and trading move involves risks, and readers should do their own research when making a decision.

The opinions, ideas and opinions expressed here are those of the author alone and do not necessarily reflect or represent the views and opinions of Cointelegraph.

Paul Gordon He is the founder of Coinscrum, one of the world’s first Bitcoin Meetup groups in 2012, with over 250 events organized and over 6,500 members. Paul has been a derivatives trader/broker for over 20 years.