A large number of Firefox users have fallen victim to a fake add-on that was masquerading as a legitimate extension of a hardware wallet for cryptocurrency called SafePal, Bleeping Computer.

One of the victims, who goes by the name Kali, was shocked when he found out that all the money had gone into the hands of the scammers:

I was in deep shock… I saw my last transaction and I saw it [$4,000 of my funds] Transferred to another wallet. I couldn’t believe it [was an] The add-on that is published in the list of add-ons for Mozilla Firefox.

It is not clear how many other Firefox users were denied their money after downloading the malicious extension. The add-on has been running since mid-February before it was recently removed.

The set of negative comments from disgruntled users should be a warning sign. 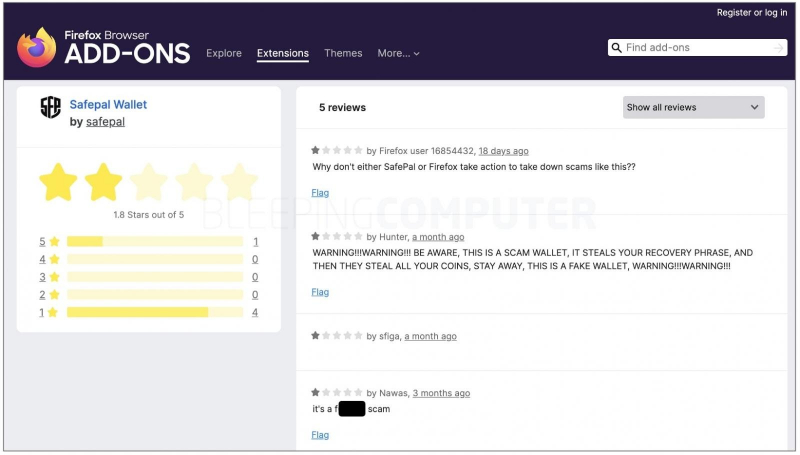 A user who has been scammed by bad actors claims that the police are unable to track down the hacker.

Potential victims are tricked into entering their recovery phrases, making it extremely easy for hackers to steal their belongings.

Furthermore, the phishing domain associated with the fraudulent add-on is still valid.

Scams and scams are still prevalent in the cryptocurrency industry. As reported by U.Today, Bitcoin.org, the first Bitcoin website registered by Satoshi Nakamoto, suffered a security breach four days ago.

Earlier this month, a fake YouTube broadcast of Apple’s annual Bitcoin giveaway event reached nearly 170,000 viewers before it shut down.