Ethereum has formed a decent base of support above the $ 4,500 level. As a result, the price of ETH started a further rise above the resistance area of ​​$ 4,600 and the 100 hour simple moving average.

There was a break above a major downtrend line with resistance near $ 4,630 on the hourly ETH / USD chart. The pair broke through the $ 4,700 level, but is now facing resistance near the $ 4,725 level. 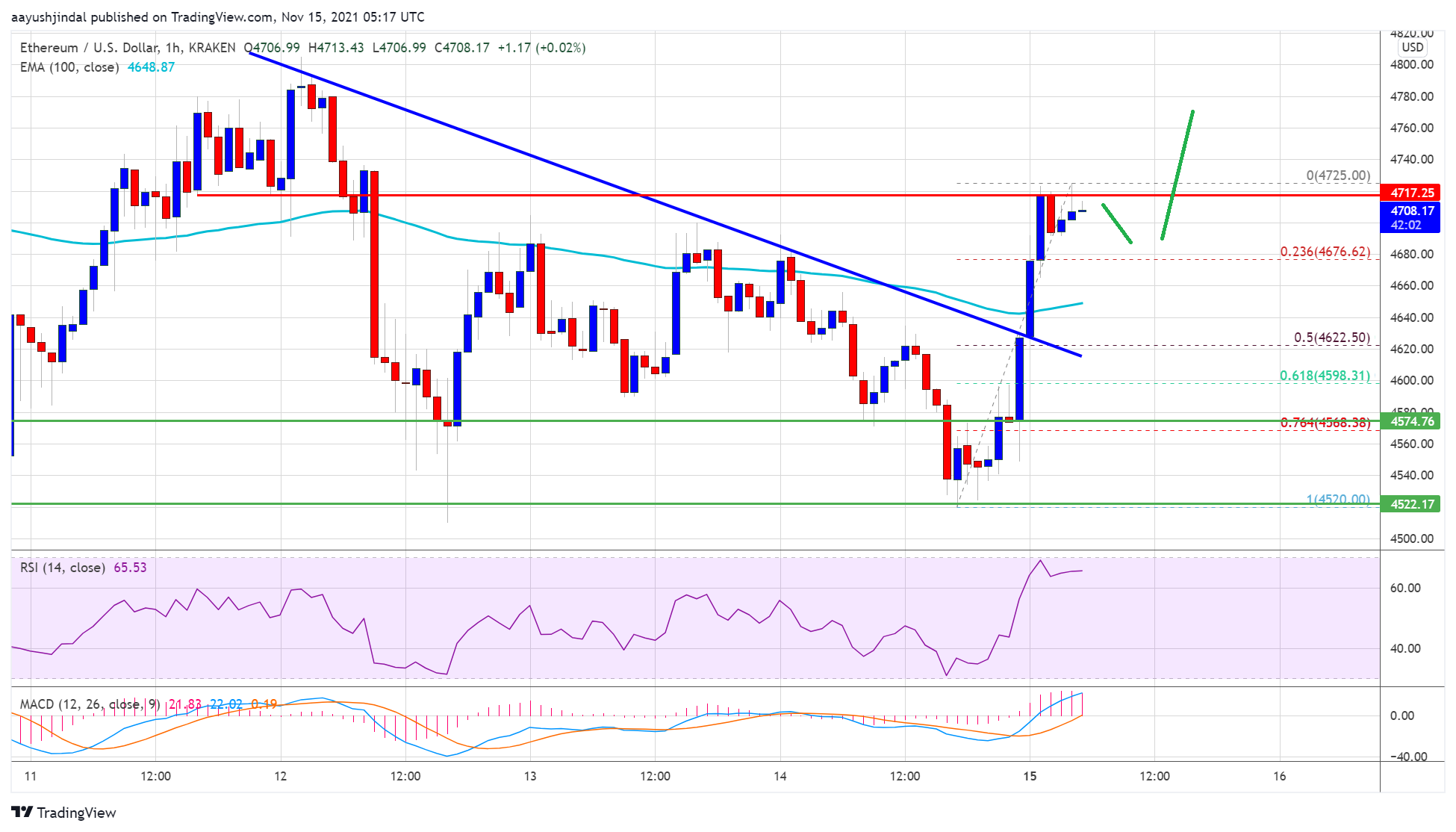 If Ethereum fails to break above the resistance levels of $ 4,725 and $ 4,750, it could extend its correction to the downside. Initial bearish support is near the $ 4,675 level.

Hourly MACD – The MACD for ETH / USD is slowly losing momentum in the bullish zone.