KuCoin recently listed a wide range of new coins in July, but one of the more recent and exciting listings was ICON (ICX).

ICON is an open-source layer-1 DPoS blockchain and smart contract platform designed to make blockchains more interoperable with one another. 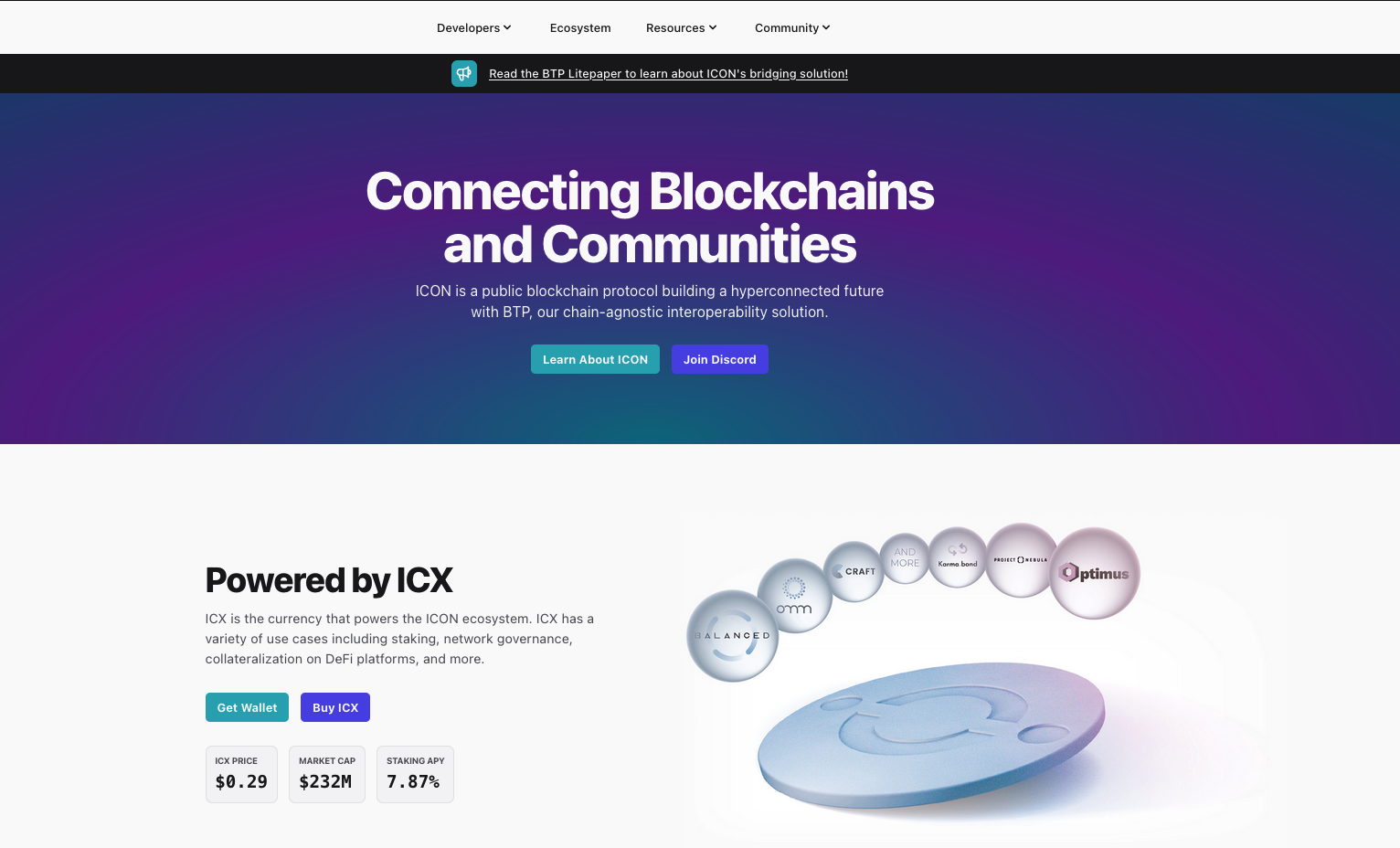 ICON is a South Korea-based blockchain project launched in 2017 by Min Kim. It aims to be an interoperable blockchain on which multiple industries and business types can coexist on a single network.

ICON communities and nodes are independently governed with varying rules and consensus algorithms. These respective communities are all connected to the central ICON Republic, which serves as a communication point without governance authority over the individual communities.

ICON’s enterprise blockchain implementation, Loopchain, is one of the world’s oldest and largest operating blockchain networks. It is being used by some of the largest and most reputable companies in South Korea, including major universities, governments, hospital systems, banks, and financial services firms.

The ICX token powers the ICON network and will be used as a vehicle for value transfer and transactions. ICX will also be used by DApps built on top of the main network, thus allowing network participants to utilize ICX for various services provided in the ecosystem.

One of the great things about ICON is that its smart contracts are developed using a general-purpose programming language called Java. This makes the blockchain extremely accessible to a wide range of developers as they don’t have to waste time learning a new programming language.

The ICON Foundation oversees the promotion and development of the ICON protocol. In addition, the Icon Republic acts as the center o the Icon blockchain’s operation and governs the process by which new ICX is minted.

How does Icon (ICX) Work?

Unlike Bitcoin, Icon doesn’t actually rely on the process of mining to achieve a consensus on the network. Instead, ICX uses a delegated proof-of-contribution consensus algorithm.

The blockchain ensures collaboration between its five separate products:

The algorithm that powers the Icon blockchain is called Loopchain and allows messaging between all the nodes on the Icon Republic. This is a high-performance enterprise blockchain that has smart contract features integrated into it.

The project also has a Blockchain Transmission Protocol (BTP) that enables cross-chain communication between any type of blockchain with smart contract functionality. So far, users can bridge assets between ICON and Binance Smart Chain, Near Protocol, Moonriver, and more by using Nexus. 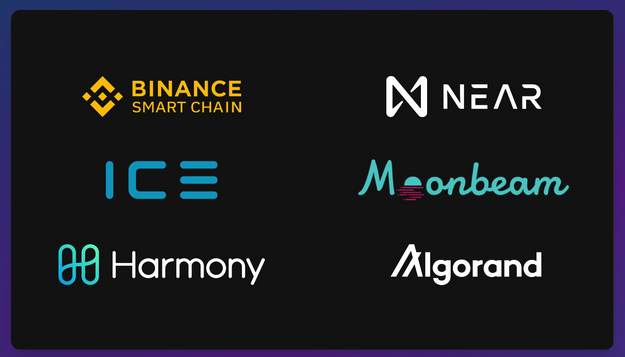 $ICX is the utility and governance token behind the project. It is used to pay for all transaction fees on the network and to pay stakers a block reward of around 10%. Currently, it pays a 7.87% staking rate.

Furthermore, the ICX token can be used as collateralization on various DeFi platforms so you can take out crypto loans.

Icon is currently ranked in the 133rd position, holding a market cap value of $272 million. The coin is now trading down by a total of 98% from its all-time high peak. 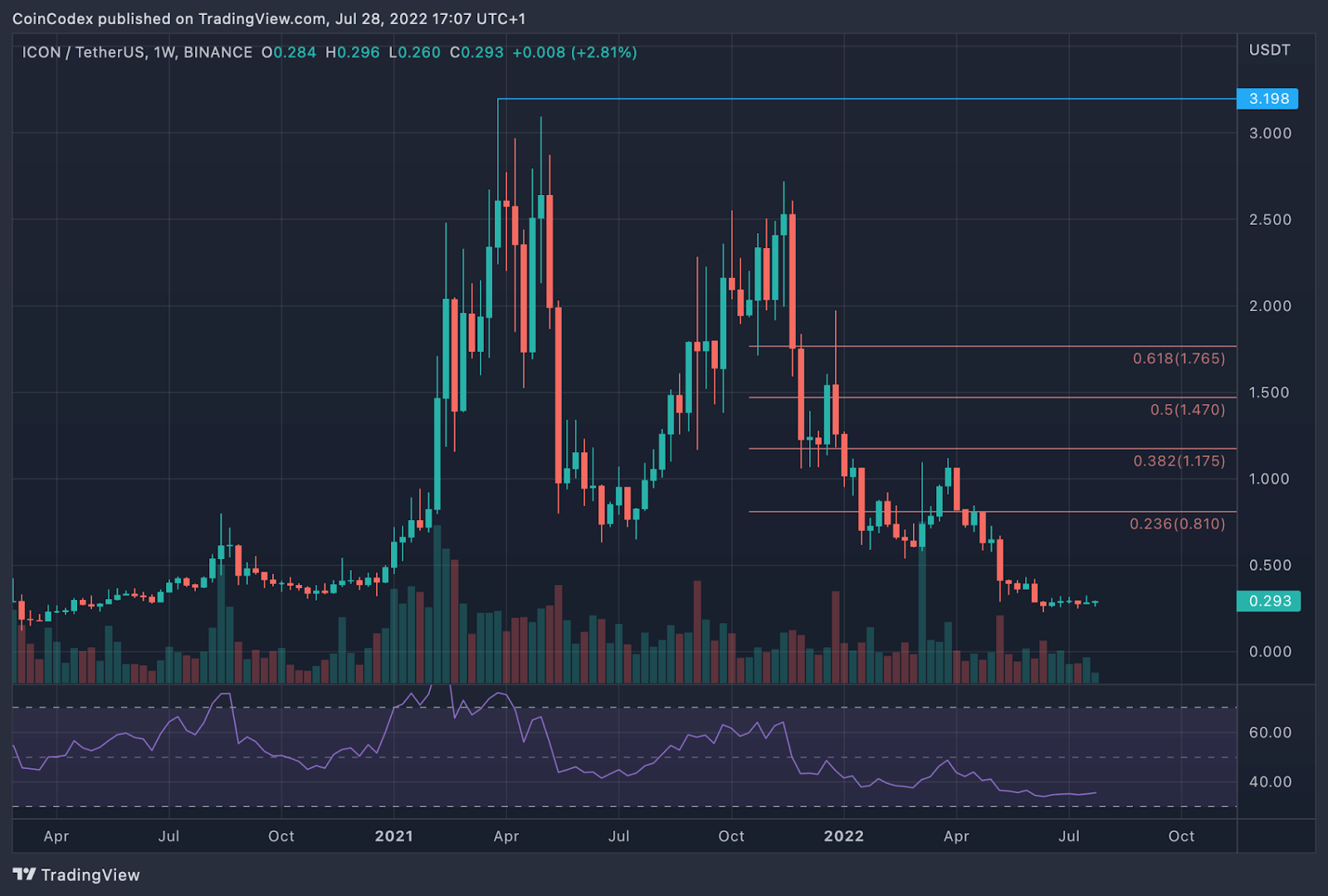 Looking at the weekly chart above, we can clearly see the crazy journey ICX has been on over the past two years. The cryptocurrency really started to surge in December 2020 and continued to explode in the first few months of 2021 to set the $3.20 all-time high price in March 2021.

From there, ICON would go on to fall through the summer of 2021 until support was found at around $0.8 toward the end of August. It would then go on to experience a second rally higher as it climbed back above $2.00 and hit $2.50. Interestingly, ICON could not set a new all-time here when the rest of the industry managed to do so.

It rolled over in October 2021 and has been in a downtrend ever since.

During the 2022 market capitulation, ICON dropped from above $1.00 and continued to fall until support was found in the $0.2 range over the recent few weeks.

Let’s take a look at the short-term charts to see where we are heading. 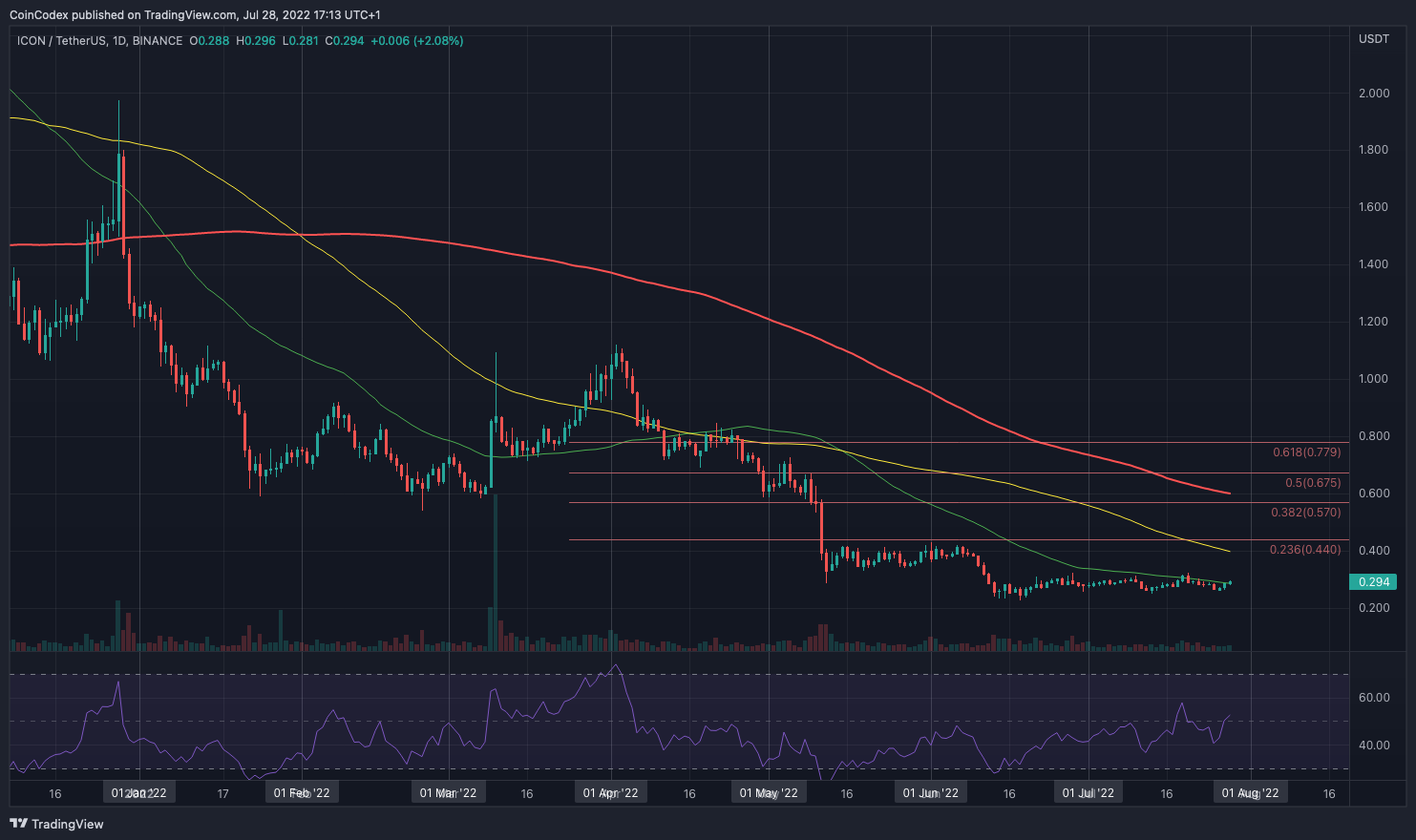 The daily chart shows how flat ICX has been over the past few months. The coin was trading above $1 at the start of April but quickly slipped back beneath it as BTC started to unwind. During the market capitulation, ICX found support at $0.6. However, this support eventually broke in May as ICX continued to trend lower until finding a low of around $0.22 in June.

Since then, ICX has been trading in a tight range between $0.22 and $0.32. It must break this current range to dictate the market’s next direction. A break above $0.6 would indicate that long-term growth is incoming for ICX, as this is where the 200-day MA level is located.

Why is KuCoin the go-to platform for trading and investing in this token?

KuKoin is known as the “People’s Exchange,” and it is built for all classes of investors. KuCoin is the top 1 altcoin exchange, with 700+ assets and 1,200+ trading pairs. It also includes a number of crypto gems like BLOK, CHMB, VR, KMA, and DAO had their primary listing on KuCoin.

According to CoinCodex, KuCoin is a top 5 crypto exchange.

Edward is a finance expert that experienced the 2007 stock market crash first hand. In 2010, he discovered Bitcoin and has been a cryptocurrency advocate ever since.

Bitcoin.com Since 2015, Bitcoin.com has been a global leader in introducing newcomers to crypto. Featuring accessible educational materials, timely and...

Bitcoin Price Recovery; Vital Levels To Keep An Eye On

Bitcoin price bounced off the $15,400 price level and staged a recovery over the past day. In the last 24...

This is an opinion editorial by Don McAllister, a technologist who has made several video tutorials on Bitcoin. At its...

Now tailing to the end of November, we are witnessing a huge drop in the number of executive moves in...

Bitcoin Price Recovery; Vital Levels To Keep An Eye On