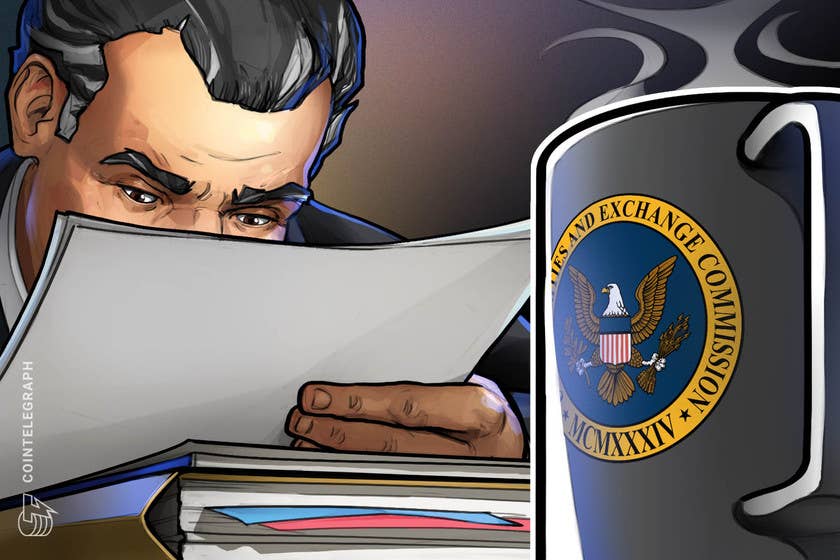 Circle, the company behind the world’s second largest US dollar stablecoin, has been called by the US Securities and Exchange Commission (SEC).

According to an October 4 regulatory filing from the department, the Securities and Exchange Commission issued an “investigative subpoena” from its enforcement division in July.

The department, which is behind the USDC stablecoin, has stated that it will fully cooperate with the regulator after receiving the request:

“In addition, in July 2021, we received a subpoena for investigation from the SEC Division of Law Enforcement requesting documentation and information relating to certain of our holdings, customer software and operations. We are fully cooperating with their investigation.”

The Circle file is part of its plan to go public via a special purpose acquisition vehicle through a merger with Concord Acquisition Corp, worth $4.5 billion.

CIrcle issued an identical statement on file in August amid a Securities and Exchange Commission investigation into its work at the former Poloniex subsidiary. That same month, Circle agreed to pay more than $10 million in fines to the Securities and Exchange Commission in exchange for charges against Poloniex for operating as an unregistered cryptocurrency exchange.

In late July, Circle released a disclosure revealing that 61% of USDC’s reserves were in cash and cash equivalents, and the remainder in commercial paper, treasury, and bond accounts.

In early September, the Securities and Exchange Commission (SEC) threatened to sue the USDC consortium member Coinbase over a proposed lending product that would generate interest rates for select USDC holders.

In an official announcement on 15 August, Saxo Markets, the UK subsidiary of Saxo Bank, confirmed that the company has...

“Freedom in a wallet” is how Member of European Parliament Stefan Berger describes the non-fungible token (NFT) he is now...

Shiba Inu (SHIB) broke out of its prevailing "cup-and-handle" pattern on Aug. 14, raising its prospects of securing additional gains...